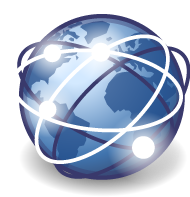 So what's the solution? Run ISPs like a non-profit public utility. Austin Energy is one such utility. They have a clear monopoly on the electricity market, but their customer satisfaction ratings are through the roof. Employees at ISPs deserve to get paid, and as an organization they should make enough to cover their costs. The only public benefit to having for-profit ISPs is increased tax revenue. As a community owned service with completely transparent financials we can be assured that profits are reinvested in the infrastructure. Internet access is becoming more and more essential. Do most Americans regularly worry that we won't be able to take showers at the same time or keep our refrigerators cool enough? No. We should expect the same from our ISPs.
Posted by DD at 12:46 AM